Dr. Chamblee has been using databases and computerized mapping to enable research and project management goals since 1994, when he began working for the Georgia Archaeological Site File Office. While still a graduate student, he received a Presidential Recognition Award for Distinguished Service from the Society for American Archaeology (SAA) for his work developing a database for managing the intellectual program of the SAA Annual Meetings. John is an eclectic scholarly collaborator, having authored or co-authored, or contributed to books and book chapters, as well as scholarly articles in Bioscience, Ecology and Society, Early Georgia, The Journal of Field Archaeology, Land Economics, The Journal of Real Estate and Finance Economics, Regional Science and Urban Economics, and River Research and Applications.

John is committed to servant leadership and has served on management and advisory boards for churches, Scouting organizations, large-scale scientific projects, and a National Science Foundation Funded national environmental informatics coordinating committee. He became involved with Humane Borders in 2003 when his wife, Ruby, then a volunteer, recognized that the organization needed a geographic information system (a type of electronic mapping software) database to manage their migrant death maps and encouraged him to develop one for the organization. He has managed the migrant death mapping program ever since. 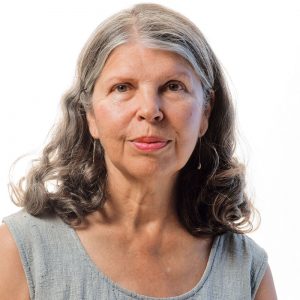 Ms. Bear now lives in Tucson, Arizona, where she remains professionally active in environmental law and policy with a special focus on the borderlands. She chairs the board of Humane Borders and also serves on the boards of Defenders of Wildlife, Border Action Network and the Mt. Graham Coalition. She received a Bachelors of Journalism degree from the University of Missouri at Columbia in 1974, and graduated from McGeorge School of Law, Sacramento, California, in 1977. She has been admitted to practice by the District of Columbia Bar, State Bar of California (inactive), the U.S. District Court in Tucson, Arizona (pro hac vice) and the U.S. Supreme Court.